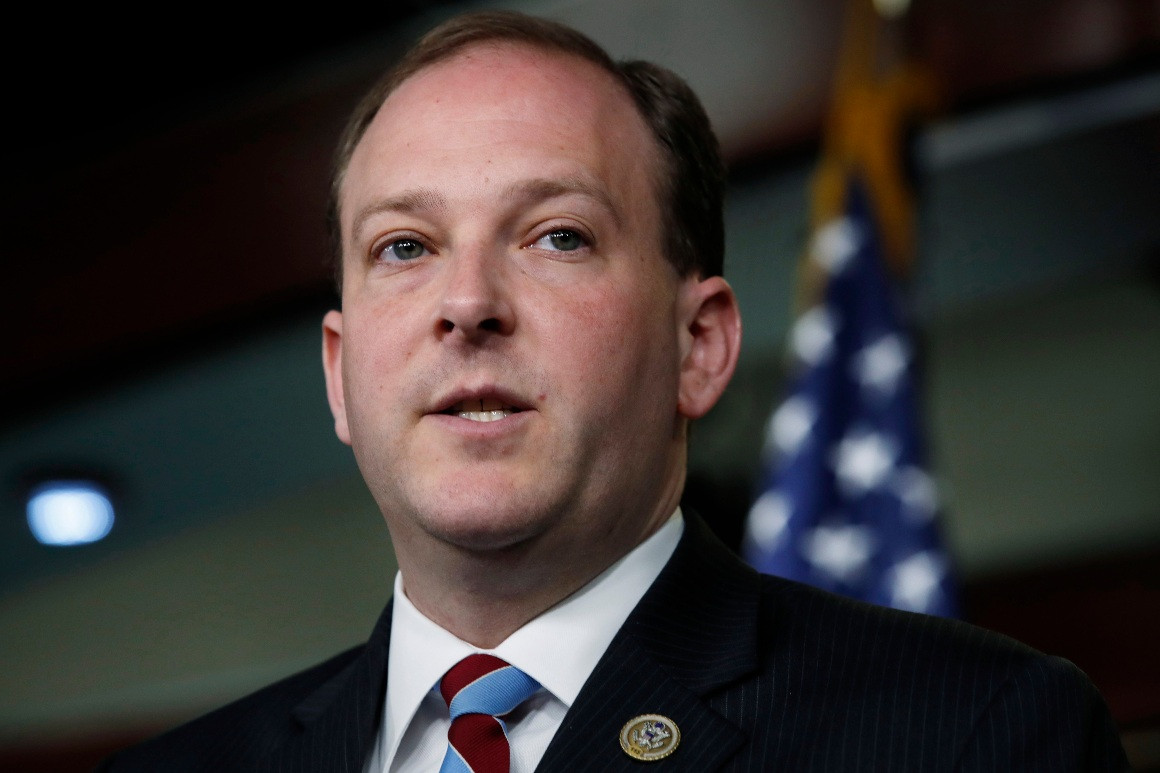 COLONIE, N.Y. — New York’s Republicans have informally anointed U.S. Rep. Lee Zeldin, a four-term member of Congress from Long Island's Suffolk County, as their pick to run for governor next year, when Andrew Cuomo may be running for a fourth term.

Zeldin earned 85 percent of the weighted vote in a straw poll taken during a meeting of county leaders in a suburb of Albany. State party Chair Nick Langworthy said Zeldin will now be considered the “presumed nominee,” allowing him roughly 17 months to drum up support and donors for the 2022 general election.

But the size of Zeldin's support did not deter other GOP hopefuls, including Andrew Giuliani, suggesting that Zeldin may face a primary next June.

Zeldin said he is confident he has built an operation strong enough to withstand a challenge from other Republicans in a primary and from Democrats in the general election. “The rule of fire supremacy in the military, the way I'm trained, is that for every one bullet fired at you, fire three back,” said Zeldin, a 41-year-old veteran of Iraq and a lieutenant colonel in the Army Reserve.

“The political [equivalent] for me is that you fire 50,000 back,” he added. “I put together a coalition of tens of thousands of people for a race like this to absolutely ensure that we are crushing it on November 8, 2022. And any enrollment or anything that is standing in our way between now and November 8, 2022, we do everything in our power to move through it effectively," he said, referring to the date of the general election.

“Lee has earned this,” Langworthy said. “I know there are some candidates speculating there was some back-door [dealing]…it was a front-door campaign. It was absolutely a front-door campaign because Lee Zeldin has zigzagged this state at a rapid pace that I’ve never seen before.”

Langworthy has long said that a formidable challenge to Cuomo would require early and unified support around a single candidate. Nonetheless, at least three candidates said they will carry on with their pitches to the state’s 2.9 million registered Republican voters, eager to seize a moment where the Democratic incumbent — should he run for reelection — is facing a slew of scandals, leading to an investigation by the state attorney general and an impeachment probe in the state Assembly.

“I think this is too early,” said Giuliani, the son of the former New York City mayor and Trump attorney Rudy Giuliani. “I think if you just look at the numbers, I think you'll see that we perform better in blue states whenever there's a primary.”

Giuliani, a former Trump aide who has never run for political office and whose high-profile father is under federal investigation, said he believes he has more crossover support than Zeldin, a necessity in a state with about 6.7 million registered Democrats and about 3 million registered in no party.

“The 3 million Republicans throughout New York will be deciding who the strongest candidate is in next June’s primary, not a few dozen party insiders, many of whom have told me they were pressured into making an endorsement they weren’t ready to make,” Astorino said.

Lewis County Sheriff Michael Carpinelli, the first candidate to declare a challenge to Cuomo last year, also said he will continue a campaign. Queens businessman Derrick Gibson said he had not yet made the decision.

Langworthy acknowledged that the other candidates had every right to pursue their campaigns, but noted that their success could largely depend on whether they can continue to find funding and if they can gather the necessary support through the petitioning process to get on the primary ballot, an arduous task in New York.

He said that donors and other party officials have told him they don't want a primary, with all of the energy and money such a contest may consume. “The donors understand, our party activists understand and I think the candidates deep down understand, that a primary in a state where we’re down so much in enrollment is only going to put us in a position to expend resources we absolutely should not waste," Langworthy said.

Republicans are focusing on rising crime from Brooklyn to Buffalo and high taxes they say are driving New Yorkers from the state. They fault Democratic control of the governor's office and both legislative chambers for pushing policies that are further to the left than they believe most New Yorkers support. Langworthy said he expects that Cuomo will emerge as the Democratic candidate next year, despite the array of scandals he faces.

The GOP candidates are relying just as much on Cuomo’s precarious political position in their messaging as the idea that he’s already been in power too long. To that end, Zeldin said he would support implementing term limits for the governor, and even if that doesn’t happen during his hypothetical tenure, he would not attempt more than two terms.

Zeldin said during an event in April that his campaign had raised $2.5 million in its first 10 days, but declined add to those totals on Monday. Campaign finance filings are due July 15. However, after a fundraiser last week on Long Island, he said he learned that two of the waitresses working the event had donated $25 and $19.

“There are a lot of people who have helped us and there are more people who will help us on this campaign,” he said. “But I'll tell you honestly, nothing is more valuable to me in this race than being able to get that $19 cash donation from that waitress. That speaks [volumes] of where we are and where we're heading.”

At least one of his primary opponents has a somewhat different strategy when it comes to building a war chest, though Carpinelli, the Lewis County sheriff, said his campaign manager “will kick me right in the seat for saying this.”