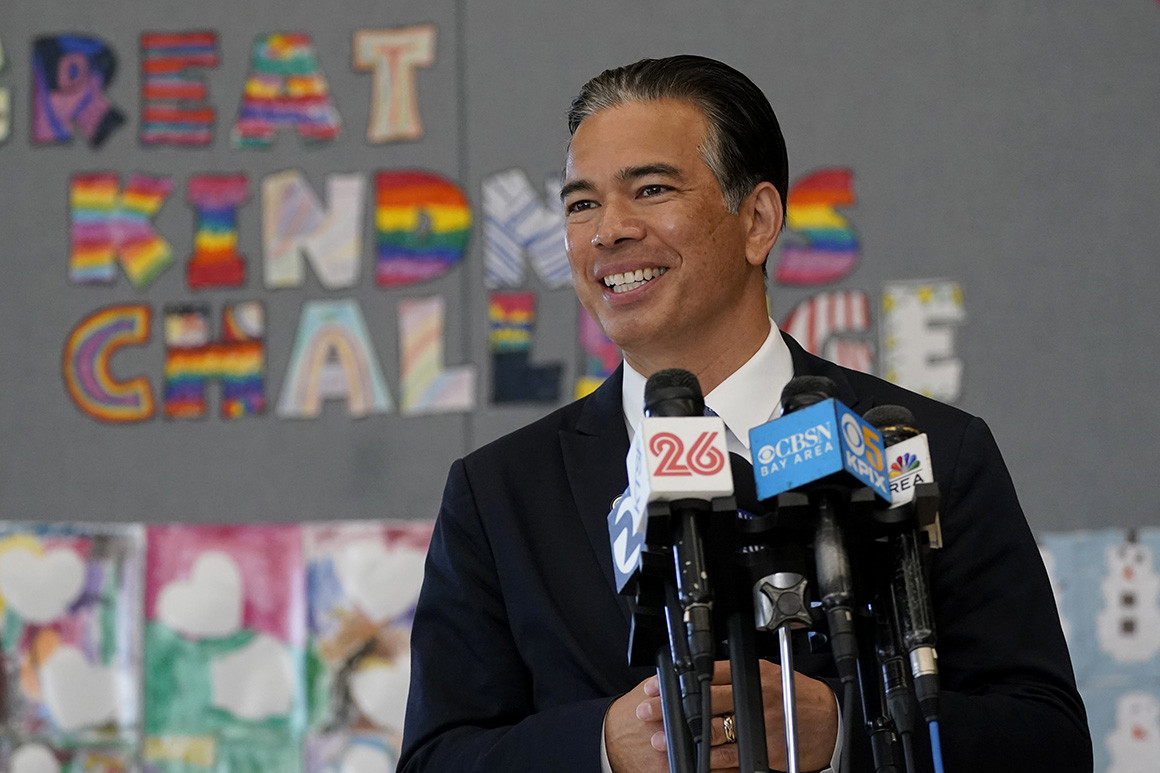 The announcement, which came at a press conference on the 52nd anniversary of the Stonewall Riots, means that California is now banning state-funded travel to 17 U.S. states based on a 2016 law. Bonta announced that Arkansas, Montana, North Dakota and West Virginia are joining Florida as the newest states on the list.

Five years ago, California prohibited most taxpayer-funded travel to states deemed to have passed laws that discriminate against LGBTQ people. Assembly Bill 1887 was prompted by outrage in California over a North Carolina law that required people to use public bathrooms based on the sex shown on their birth certificate.

The Human Rights Campaign, one of the nation's largest LGBTQ advocacy groups, says that 2021 has been a record-breaking year for anti-LGBTQ and anti-transgender legislation proposed in more than a dozen states. The organization says it has tracked at least 117 bills introduced in the current legislative session that target the transgender community.

“Unfortunately we are seeing a rash of new laws, put on the books in different states" that aim to restrict transgender youth from participating on sports teams or from using bathrooms of their choice, Bonta noted. Such laws are “not consistent with our values,’’ Bonta said, “and we will not spend our state money to send state employees to those states."

California in 2017 banned state-funded travel to Texas after the nation's second most-populous state allowed agencies to reject adoptions by LGBTQ couples based on religious reasons.

Texas in 2020 asked the U.S. Supreme Court to block California's law. "Boycotting states based on nothing more than political disagreement breaks down the ability of states to serve as laboratories of democracy while still working together as one nation — the very thing our Constitution intended to prevent," state Attorney General Ken Paxton wrote last year. But the high court in April denied Texas' request.

“It’s important for our state to send a strong message," Assemblymember Evan Low (D-Campbell), chair of the California Legislative LGBTQ Caucus, said on Monday. He said that the list’s expansion also sends a message to state workers that they will not be required to travel to states discriminating against LGBTQ and trans youth, and where “our opponents are motivated by fear and hate.”